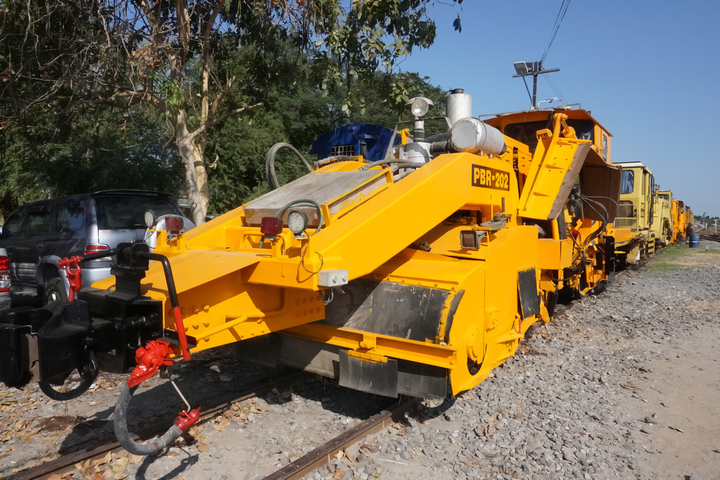 Railways can be considered as one of the most important and popular means of transport across the globe. Most of the working population and even students tend to use them almost every day to reach their required destinations. Travelling through railways saves a lot of time, and hence is much more convenient than travelling via roads. There has been a considerable increase in the population across the globe along with the surge in the number of working professionals. Thus, traffic on the roads these days is extremely miserable, and hence can be utterly hectic and time consuming for people, especially for those who live in highly populated countries such as India and China, or densely populated regions. In addition, railway transport is appreciably economical, and hence most of the individuals can afford it. Thus, it is of paramount importance that railway authorities take pertinent measures to conduct regular maintenance of the railways and tracks so as to avoid any mishap in either passenger or freight trains.

During earlier times, huge number of people was required to carry out the regular maintenance of railways and tracks. But, thanks to the persistent technological advancements and innovations, railway maintenance tasks for workers have become much easier than they ever were. Thus, the demand for railway maintenance machinery is expected to surge exponentially in the coming years with the increasing use of railways as an efficient and affordable transport among people across the globe. According to the report published by Allied Market Research, the global railway maintenance machinery market is expected to reach a revenue of $7,230.6 million by 2030, growing at a CAGR of 7.0% from 2021 to 2030.

Increasing use of innovative railway maintenance machines such as spikers or spike pullers, tamping machine, stabilizing machine, rail handling machines, tie-changers, clipping machines, flange way cleaner, etc. have saved a lot of time of workers. In addition, these modern railway maintenance machines are a lot safer than the conventional ones. This fact makes them reliable and efficient at the same time. Most of the railway maintenance workers also make the use of utterly accommodating ultrasonic Hi-Rail machines for advanced inspection. They are extensively used to detect minute fractures within the rails that wouldn’t be visible by conventional visible inspection.

What’s Next for the Railway Industry?

Railway is already considered to be one of the greenest methods of transport, and hence the sustainability will pave the way promote rail in the upcoming years. Tremendous initiatives will be taken by governments of various countries and illustrious operators to reduce the carbon footprint across the globe. A Danish shipping company, Maersk, announced the implementation of CapO2 free intermodal transports solution across 85% of the Germany’s inland rail services. This impeccable initiative will substantially cut down CO2 emissions, and hence approximately save around 9,100 tons of CO2 a year. In addition, the global technology boom will make it convenient to track trains and examine thousands of miles of tracks.

Extensive use of data analytics, augmented reality, and artificial intelligence in railway transport will significantly help to gain remarkable insights that will consequently optimize services and reduce costs. For instance, High Speed 1 (HS1), a high-speed railway based in the U.K. that links London with the Channel Tunnel, mentioned that it will incorporate augmented reality to effectively monitor assets on its railway, escalators, lifts, and travellators at St. Pancras Station in London. Meanwhile, the Indian Railways have also planned to incorporate data analytics and AI across its multiple operations to favor maintenance obstacles.

Name some of the new upcoming technologies which are expected to fuel the market growth? Get a free sample insight:… https://t.co/UR6lUHQjkM

Advancements in technology to speed up the growth of the domestic tourism market! Read more 👇 👇… https://t.co/jrmR4mezAL

What factors are anticipated to drive the contact center software market? Get a Sample Report:… https://t.co/l1qlrvV7FU

What are the upcoming trends of the Smart Harvest Market in the world? A rise in the adoption of harvesting robots… https://t.co/Cd61cIMEKm