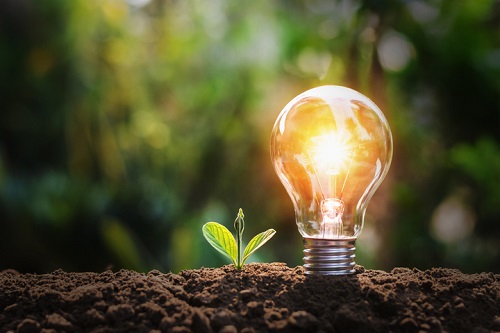 Zero emissions and low carbon footprint are the prime reasons behind the growing popularity of the green power market. According to Allied Market Research, the global green power market is projected to reach $103.5 billion by 2027, growing at a CAGR of 12.3% from 2020 to 2027.

Increase in popularity of green power

While the advancements in green power are promising, green power has its work cut out. Currently, conventional energy technology makes up 98% of the national grid. Although green power is not widespread, it is still considered a promising alternative. The developments in the green power industry are rapid. Several market players have entered the market as renewable energy is now considered as a lower operating cost and low emission technology. As the entire world became aware of the harmful effects of oil and gas companies, the green power market has reaped the benefits.

The rising market share offers lucrative benefits for the market players in the green power industry. According to several reports, solar and wind would increase their combined share of global generation capacity in the coming years. Moreover, the rapid investments in green hydrogen units have opened new opportunities.

For instance, EDP, Portugal’s prime utility recently announced that it would set up a new business unit to develop green hydrogen projects in Europe and U.S. Green hydrogen, which is produced using renewable electricity, is now regarded as a promising power source and a way to reduce pollution from power generation and transport. EDP aims to develop green hydrogen projects in chemical and steel industries and other promising sectors. It would leverage the existing renewable and currently active complementing decarbonization solutions.

Similarly, Shoreham Port, the seaport of Brighton, UK has recently announced the launch of a green hydrogen plant. It has partnered with a local startup to develop 20-megawatt electrolysis plants. The plant would offer fuel cell-grade hydrogen for buses and trucks along with the port’s forklifts and crane. As per Stephen David, the Chairman at H2evolution, the hydrogen plants could be game-changing as they would produce entirely green and zero carbon fuel for around 300 buses for surrounding towns and cities.

Future of green power is now

For years, businesses did not have an alternative for fossil fuel. Today, green power enables organizations to select a type of energy and align themselves with environmental values. Moreover, it offers unique opportunities to support future renewable energy options and play an active role in shaping a better future.

It is estimated that green power would expand into more areas in the coming years. The economic activities would depend on developing products that are more beneficial and safer to the environment. In addition, governments have been recognizing the need for using green power and would promote the use of green technologies. The growth of the green power market would open career opportunities, creating jobs and awareness among people regarding the use of eco-friendly products and energy. Moreover, the increase in awareness regarding green energy would improve the scope of this technology.

Lightweight Turbo Generators: The Next Big Thing In The Aviation Industry