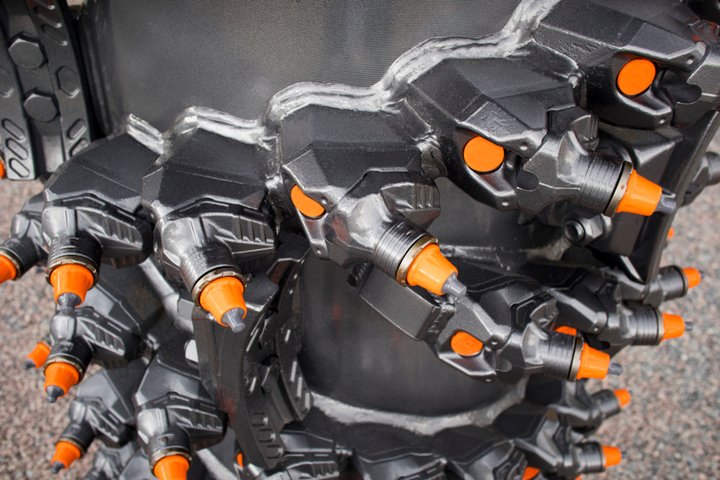 The players in the mining industry have been investing colossal amount of money in expanding the capacity of mining drill bits due to its increasing demand from the automotive sector. Since efficiency is one of the important components of mining work, companies often launch new drilling bits that have improved speed, efficiency, and reduced downtime compared to its predecessor. Moreover, technological advancements such as artificial intelligence (AI) and machine learning (ML) now help mining companies discover minerals for extraction. For instance, AI facilitates high machine intelligence to generate precise blast holes, which have boosted the demand for the mining drill bits. According to Allied Market Research, the global mining drill bits market is projected to reach $1.71 billion by 2026, growing at a CAGR of 5.1% from 2019 to 2026.

Epiroc, a Swedish industrial company, had introduced the Powerbit top-hammer bit for surface drilling applications in 2016. However, now it has introduced its underground version. Moreover, the company has launched drilling rig for optimal blasting. On the other hand, companies are investing big bucks in automation by launching unmanned drilling rigs to truly implement intelligent drilling.

Previously known as Atlas Copco, but today’s Epiroc had introduced the Powerbit top-hammer bit for surface drilling application in 2016. Recently, it has launched the underground version, aimed for higher drilling speeds of the latest drilling rigs. Moreover, the novel bit has a strength of the newest rock drills and can improve the productivity of older rigs as well.

The Powerbit Underground portray the fastest performance than previous Epiroc models, the company claimed that the drill can outperform all standard bits. The product line manager for Tophammer Product, Johan Thenor, stated that the new bit showed around 37% more drill meter during one set of tests. Thus, the new underground bit has offered new advancements to speed up mining processes.

Along with Powerbit UG drill bit, the company has introduced SmartROC C50, which is a productive and efficient COPROD drill rig. It can dig a hole diameter of up to 140mm and offers high penetration rates of top hammer drilling while maintaining fuel consumption. In fact, Boral Construction Materials recently purchased the SmartROC C50 rig after around three months of trial. The KPIs were decided by Boral and the task was to drill straight holes that could be bore tracked. After the trial, the C50 drilled holes around the diameter of 102mm on-site and the results were satisfactory. The holes were straight and task completed at faster penetration rates with up to 10 resharps. Such trials have boosted the R&D to develop new drill bits that could outsmart the conventional equipment.

However, future demands automation. AI is now readily available in several mining processes. With the improvements in technologies such as ML and machine-to-machine communication, the mining industry is witnessing revolution. What’s more, the common mining equipment is getting smarter. With the requirement such as environmental protection and production efficiency, the mining equipment is bound to get smarter, faster, and better, which is just the beginning of the new era of mining industry, which is all set to reshape itself accounting to ever-changing consumer demands.

Land Down with Your Child in a Children Entertainment Center Next Time https://t.co/AD9axJ3tXu #FECs #amusementpark… https://t.co/jKbCHnQKEi

The rise in #babyboomer population across the world is anticipated to lift the growth of the #AestheticLasers and… https://t.co/LDaHLQMkT4

Do not repeat the #tactics which have gained you one #Victory, but let your methods be regulated by the infinite va… https://t.co/lYQZdjp8kA

increase in incidences of #migraine, #backache, and others expected to boost the growth of the #opioids Market Read… https://t.co/27WGKTMNqp