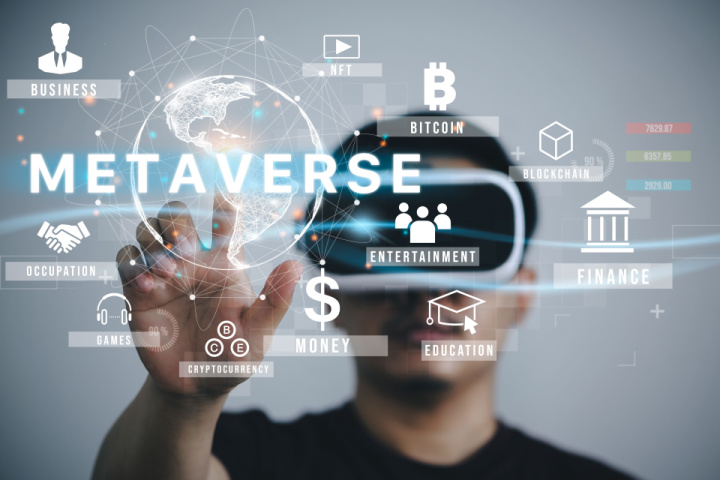 Metaverse ŌĆō it is one of the most common buzzwords lately. For the uninitiated, it might seem like a crazy idea that will not translate into a sustainable reality. For the believers, however, the metaverse is the future!

While the metaverse is a term that has been coined more than three decades ago, it is only now that many are familiar with it. This concept of a virtual world is being adopted by some of the biggest businesses in the world, incorporating elements like artificial intelligence, virtual reality, augmented reality, and blockchain.

Today, the metaverse is still relatively young, but a lot of technologies are slowly turning it into a reality. Read on as we talk about how we expect the metaverse to evolve and what it will look like by 2030.

What is the Metaverse?

First, it is crucial to note that the metaverse is not a specific type of technology. Instead, it represents a shift in interaction and communication while utilizing technologies like augmented and virtual reality.

In a nutshell, the metaverse is an alternate digital reality where people can socialize, play, and work. It is from the word meta, which means beyond and the universe. So, it is technically challenging the concept of what we know as the universe today. It is also highly influenced by a digital economy, allowing people to buy and sell using virtual currency.┬Ā

The Future of the Metaverse

The metaverse that we know today is still young and leaves a lot of room for improvement. By 2030, we expect it to have a brighter future, and below are some of the things that can happen.

1. More Industries Will be Joining the Trend

Gaming, retail, media, and entertainment are some of the industries currently adopting the concept of the metaverse. In the next few years, as the metaverse proves itself to be viable, more industries are expected to hop into the trend and make it a significant component of their business model.

Among others, auto insurance companies are some of the businesses that can be heavily influenced by the metaverse in 2030. Insurers can create their respective avatars, which will talk to the avatars of customers. They can also create their virtual stores in the metaverse. Aside from changing customer service, it can also bring new business opportunities and make marketing interactive. More so, the metaverse can transform operations, such as contract management, billing, and filing claims.

Investments will soar in the metaverse. Facebook, which changed its name to Meta, is one of the biggest movers. As the metaverse proves its worth, we expect to see billions of dollars pouring in across various industries.

In recent years, we have seen significant changes in the workplace, with the most notable being the rise of the work-from-home setup. As the metaverse becomes bigger in 2030, we also expect that it will change the way we work. Virtual 3D settings will provide a more advanced, engaging, and interactive environment to elevate work. Meetings can be held in the metaverse!

Another way by which the metaverse can change work is by providing a more engaging and fun platform for employee training. Businesses can hone the knowledge and skills of their human resources in the metaverse.

It is also possible to design better office spaces in the metaverse. You can embrace haptic technology to incorporate sights, smells, sounds, and touch in a virtual setting. It is an opportunity to design the office the way you want it to be, giving the work environment more character.

3. The Rise of Regulation

As the adoption of the metaverse becomes more mainstream, we also anticipate the rise of regulation. The government and other concerned authorities will step in. Whether it is from taxing cryptocurrency transactions in the digital environment to the prevention of money laundering, regulations will be present.

One of the dangers of the metaverse is that powerful corporations can take control of our lives, collecting and selling data to the highest bidder. Many can be alarmed by privacy concerns. To minimize its risks, regulation can help. But such regulation should be limited in a way that it does not hinder our freedom and creativity to use the metaverse in ways we have never imagined.

We expect the metaverse to be an inclusive environment. One of its selling points is that it pushes geographical boundaries, making it possible for users around the world to connect in real-time. From gender gap to economic obstacles, the metaverse can solve many inequalities, establishing an environment without discrimination.

Inclusivity will become a starting point for most metaverses in 2030 and not just a mere afterthought. Creators of virtual worlds will prioritize diversity, which will include previously under-represented groups. For such to be possible, tech companies should provide the necessary tools and share their knowledge with the less privileged.

As of now, the best that we can do is speculate. However, if there is a safe way to put it, then we can say that the metaverse is uncertain. No one can say what exactly will happen in 2030, so it is hard to give an accurate picture of where the metaverse will be. While the concept has been around for decades, it is only recently that it has been in massive adoption.

One thing that makes the metaverse shrouded with uncertainty is its newness. However, the more businesses adopt the concept of the metaverse, the brighter the future will look. Today, many are already joining the trend, but it is still uncertain. Between technology and regulatory factors, many things can impact what the future of the metaverse will be.

In 2030, we expect more industries to be a part of the metaverse, especially those beyond gaming and entertainment. It will also change the workplace, be subjected to more regulations, and become more inclusive. All of these are currently mere speculations as the future is uncertain. Only time can tell what the metaverse can bring!

Why Investors Are Showing So Much Confidence In Hadoop Market?

Why should Technological pundits invest in Femto Cell Markets?