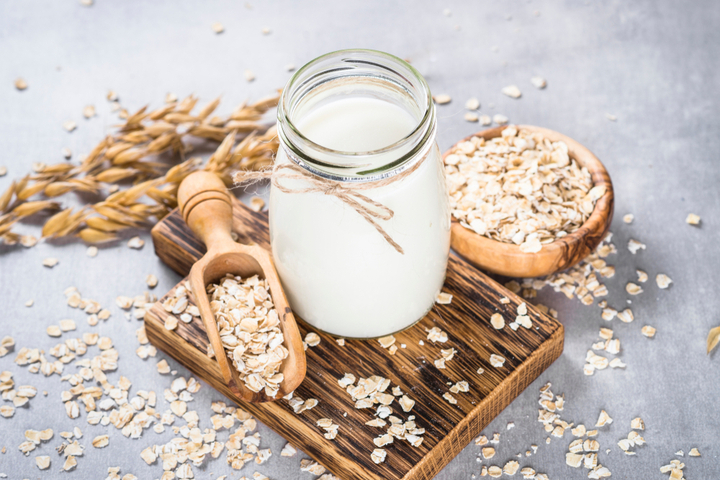 First soy milk, then almond milk, and now oat milk is slowly securing space in the office coffee bar and at home. Not only people with lactose intolerance but people that aim to adopt a vegan diet opt for oat milk. In the coming years, the market is poised to break out dramatically.

According to Allied Market Research, the global oat milk market is projected to reach $995.3 million by 2027, growing at a CAGR of 13.4% from 2021 to 2027. In fact, oat milk sales in the U.S. have boosted by 90% during the last four years, as consumers searched for dairy-free alternatives. Several companies have already launched their milk alternatives, including oat milk. The demand for oat milk has increased in a few months so much that there have been oat milk shortages, especially during the pandemic when people looked for milk alternatives to avoid going out every day.

Why did oat milk gather so much popularity?

Any plant-based product is welcomed by the vegan community and more and more people are inclined to opt for a vegan, plant-based diet. Oat milk offers the most sought-out milk alternative and offers a new opportunity for those who are in the dairy ice cream business. Similar to milk, oat has a natural starchiness and thus, acts as a natural thickener, which is beneficial in making ice cream.

Needless to say, oat milk has offered a boon for those with milk and nut allergies. In addition, oats are easier to grow than nuts and offer a suitable base for vegan flavors.

What’s the future of the oat milk market?

Nearly two decades ago, the Food and Drug Administration (FDA) openly stated the soy milk is beneficial to the heart and overall health. Now, alternative milk has become a billion-dollar industry. What’s more, the demand for alternative meat has increased significantly. Thus, it safe to say that plant-based alternatives to dairy products are here to stay.

Although the sale of oat milk was slow and continued for years after years, the plant-based diet concept has mainstreamed. Initially, tofu, almond milk, and oat milk were perceived as tasteless and attracted only a smaller group. However, as prominent companies invested in dairy alternatives, the demand for alt-milk has boosted.

Recently, Oatly, one of the leading companies in the oat milk industry, secured over $200 million in new equity from an investment firm. These new funds are said to be used for expansion of the existing market in Europe, the U.S., and Asia, which holds the majority of environmentally conscious and health-conscious consumers.

Ultimately, the acceleration of search for alternative products is bound to increase, owing to the ever-growing population and shortage of animal-based products such as milk. Leading companies such as Oatly have already declared to disrupt the dairy industry as we know it and increasing investments and funding for startups is a clear sign that the oat milk market is on its way to a brighter future. Consumers are turning toward green products and it is time for dairy companies to get ready for a big wave of oat milk and other milk alternatives.