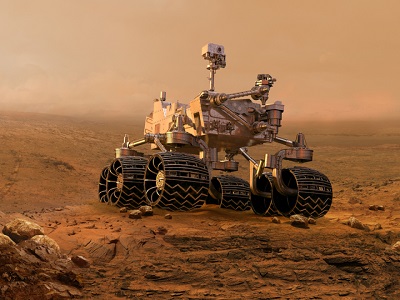 Space exploration has always been among the priorities of many countries and they have taken necessary steps toward advancing in the space sector. One of the major strategies is the launch of space rovers on different planets to determine whether the life existed on those planets. The U.S. and China are on the forefront of sending rovers on the Mars. The rover of the U.S. has been landed on the planet, while China’s rover has been orbiting to find the landing site. The efforts have been focused on finding the ancient microscopic life on the planet. Many countries have been preparing their launches and their missions of launching space rovers are underway. According to the report published by Allied Market Research, the global space rovers market is expected to reach $998.29 million by 2030. Following are some of the activities place across the world.

While countries have been ramping up their efforts related to dominating the space sector, launching space rovers is one of the prime strategies. The U.S. government has been supporting NASA in various space missions and the space agency reached another milestone in February 2021. NASA’s car-sized rover named Perseverance successfully landed on the Mars on February 18. The rover also took the first test drive on the red planet. It travelled nearly 21.3 feet across the Martian terrain for 33 minutes. The top speed at which this rover moved was .01 miles per hour (.016 kilometers). Anais Zarifian, a Perseverance mobility test bed engineer at the Jet Propulsion Laboratory of NASA outlined that this is just the beginning and the rover has been working beautifully.

There are certain improvements in Perseverance rover as compared to the previous Curiosity rover. This rover has an ability to drive for a longer time in a similar amount of time. In addition, there is an improved navigation system and cameras. During the announcement about the first drive, the space agency also revealed that it renamed the touchdown site as Octavia E. Butler Landing. This name has been given after the notable African American science fiction author who received MacArthur Fellowship. There will be more improvements in the coming months.

Though NASA’s rover has been launched on the Mars, there are other countries that are planning to launch their space rovers sooner or later. China has joined the race to launch its rover and the country is expected to achieve this feat in the second quarter of 2021. Its Tianwen-1 rover has been entered the parking orbit and is expected to launch on the red planet in the next few months. The China National Space Administration outlined that the rover carried out a maneuver for adjustment of its orbit.

This rover is estimated to remain in the orbit to make a successful landing by the end of second quarter of 2021. During the time, it would map the surface of the planet and utilize its cameras and sensors for gathering data to determine a landing site. China would become the second country to land a rover successfully on the Mars. Tianwen-1, the golf cart-sized rover, will gather data regarding underground water and find evidence about the microscopic life the planet might have had.